Giedrė Simanauskaitė is a member of the Lithuanian Association of Non-Formal Education and communication expert. 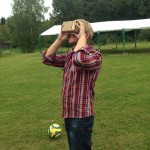 With a cardboard box on their eyes people stood one by one and shook their heads. “This is strange,” I thought to myself. “What are they looking at?” Later, when talking to participants of the “Off Roads” training in Daugirdiškės, I have the opportunity to see the everyday life of three kids living in a war zone for myself. With a cardboard box on my eyes and lost in virtual reality.

Adapting to the needs of learners

Kacper Białowąs, one of the training participants from Poland, says he was very surprised by his friend who would listen to the same English audio book five times until he finally understood every single detail. “I could never do that,” admits Kacper. “However, it became clear to me that technology offers learning more forms than schools usually do.” He says that everybody has different habits and learning techniques. Smart apps allow you to learn a language by doing tasks, going to meetings, listening to music, etc.

In Daugirdiškės, participants of the “Off Roads” training, coming from seven countries, tried different types of technology: virtual reality, smart apps, Xbox, etc. According to statistics, every year people spend an increasing amount of time playing games. For example, an American teenager (13-year old or older) plays around 6.3 hours per week. With an increasing number of mobile phone users, the game industry is also rapidly growing. Trainer Nerijus Kriaučiūnas says that gaming is a very inclusive tool, which proves to be useful in learning. “People are willing to learn when they are playing games. And therefore different forms of gaming should be used in the learning context,” he explains. 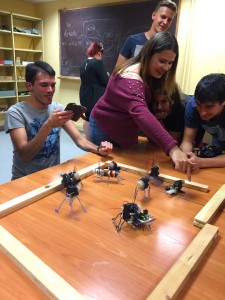 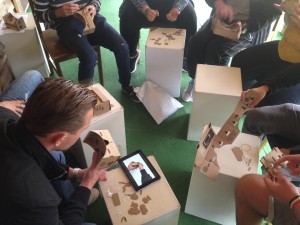 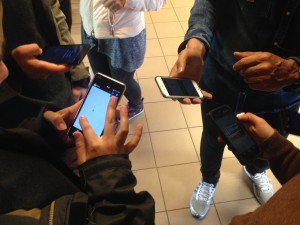 Monika Szekely from Romania tried playing Xbox Kinect during the training. She had to repeat dance moves as shown in the projection. Non-governmental organisation Team of Youth Association, which Monika represents, works with disadvantaged people. She claims that the experience she gained in the training has helped her to think of new methods of working with young people. “We have children with physical disabilities who, due to their disability, are not able to participate in certain activities with other children. Now I see that if we have an Xbox console in our organisation, these children will be able to play bowling with others. Even disabled people can take a virtual bowling ball. This will help them not to feel excluded and play with others,” says Monika. 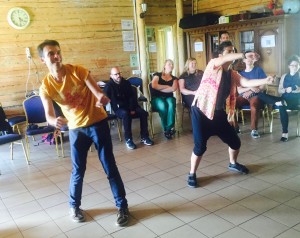 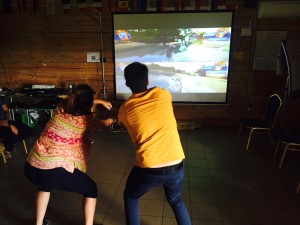 When talking about the experience she gained in the training, Monika mentions that technology scares parents and therefore they often try to keep their children away from it. “Not knowing what technology is all about we are only increasing a gap between us and young people. We have to understand things they are interested in.” Laimonas Ragauskas, a father of three kids, says that after seeing a TEDx presentation on what children learn by playing The World of Tanks, he noticed that his children learned many English words from Minecraft, such as names of stones, rocks and other materials. According to him, Minecraft expands creative powers. “This game, created in 2010, is also used by educational institutions. There is even a special version for teachers,” explains Laimonas. The trainer mentions that partners from Germany are using this game for recreating historical events, looking for ways how to use abandoned buildings in urban areas, etc.

Learning resources are open for everyone

Twenty five training participants not only tried new technologies, but also shared their experiences. Mara Mociran from Romania had a workshop where she was teaching how to develop a game using the Code.org platform. 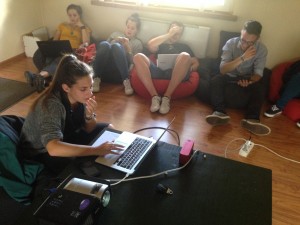 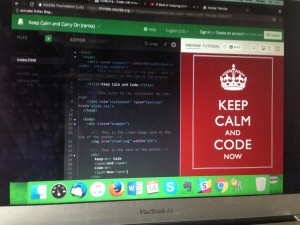 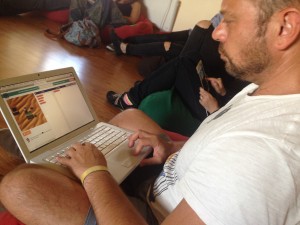 Photos: Mara Mociran facilitates coding workshop, where other participants get familiar with the basics of programming code and code learning platform

When asked what experiences were the most useful for them, participants mention different insights and apps which they will use in their work. “We used to think that to learn a language you have to go abroad,” says Diana Gomez, a Spanish working as a language teacher in Malta. “Now, to do that you can find tons of possibilities in your computer and choose the right one.” She says that the training helped her find new ways to motivate students and encourage them to learn.

All discoveries made in the training, technologies and insights are available on the Facebook page. “Some of the tools are ready for use. All you have to do is download them,” concludes Nerijus, hoping that more new technologies will be easily accessible and used in non-formal education. The project is financed by EU programme Erasmus+, supporting international learning opportunities in all areas of education.